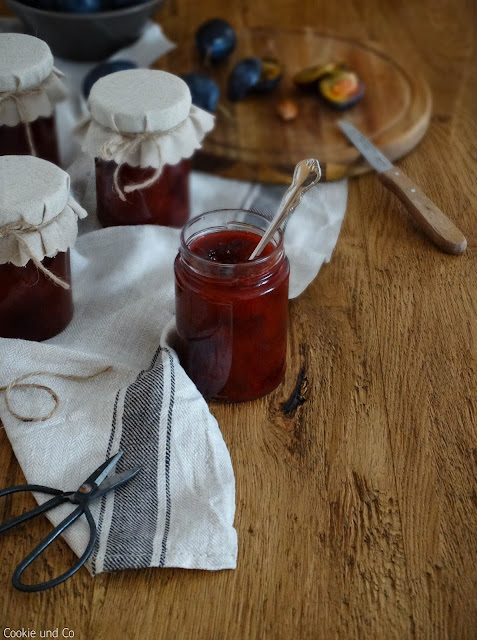 Today there is a delicious plum jam, because
Now it's September and we are in the middle of the wonderful “plum season”. I love plums and plums because they are so versatile and you can conjure up such delicious things of all kinds with them.
Whether for baking, dry, boiling or also for hearty, whether simply pure or combined with other fruits. I think they are a real all-rounder in the kitchen.
In addition, it is now high season for waking up. So today we have the recipe for a very tasty and aromatic plum jam for you.
I really like them and have been cooking them like this for years. (Sometimes with a little more rum ... ????) I have never seen them in this form for sale anywhere. Homemade is much better anyway and of course tastes much better. But still it seems to be rather unusual to cook a jam from plums. Everyone knows plum jam ... but have you ever made jam from plums or plums?
If not, you should definitely do this now! Preferably immediately and according to this recipe. ????
This plum jam is really delicious and I always have many grateful customers for it.
Anyone who owns a garden and has a plum tree probably also knows that there are either no plums or a real mass of plums. And then mostly all of them come at once ...
Since you can (unfortunately) not only eat plum cake, it is usually inevitably boiled down. So one day it ended for us with this delicious plum jam. So it has become a tradition for us to cook this plum jam at least once in autumn. I hope you try this recipe out and have been thrilled too ... ♥
Here you can find other delicious recipes for jam, jelly and sweet spreads. 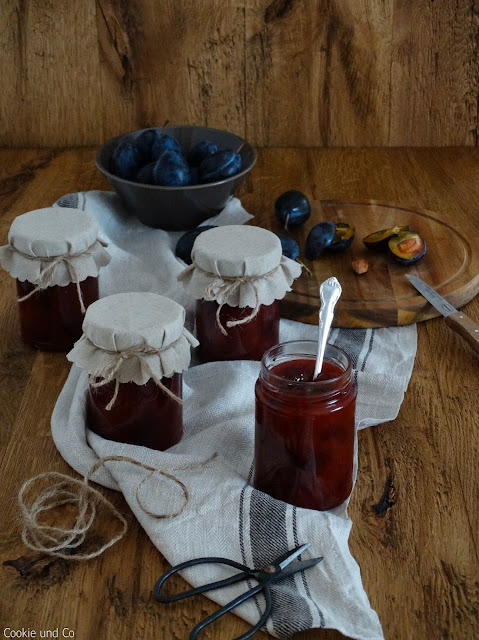 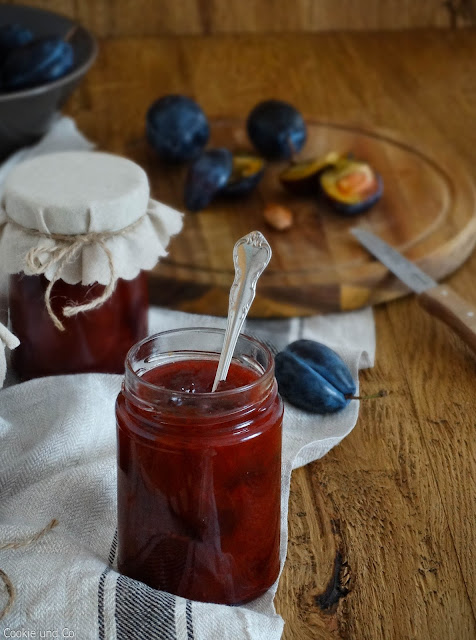 (for about 4 medium-sized jam jars)

I am in love Tonka beans, so always buy a larger pack, and that These ones*…

The glasses no longer need to be turned upside down. You can find more information here ... Einkochen.info

Preparation in the Thermomix:

The glasses no longer need to be turned upside down. You can find more information here ... Einkochen.info


(*) Gelling test:
At the end of the cooking time, remove some jam from the saucepan / mixing bowl with a spoon and allow the hot mixture to drain off. If the last drop becomes solid, the jam will solidify too. Otherwise, the cooking time will increase by 1-2 minutes. 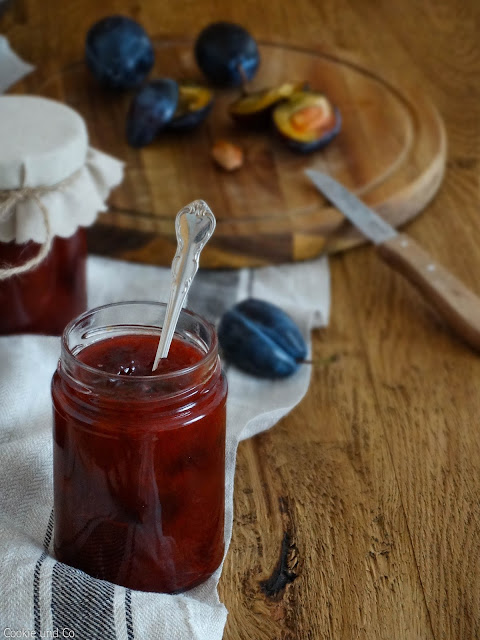 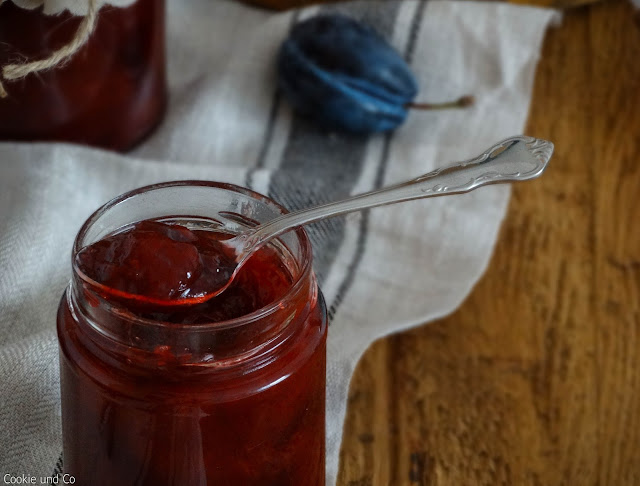 * Affiliate link for Amazon: As an Amazon partner, Cookie and Co earn a small commission on qualified sales, which is used to finance part of the additional costs.

Register and don't miss a thing! Christmas desserts & gifts from the K ...

Christmas desserts & gifts from the K ...